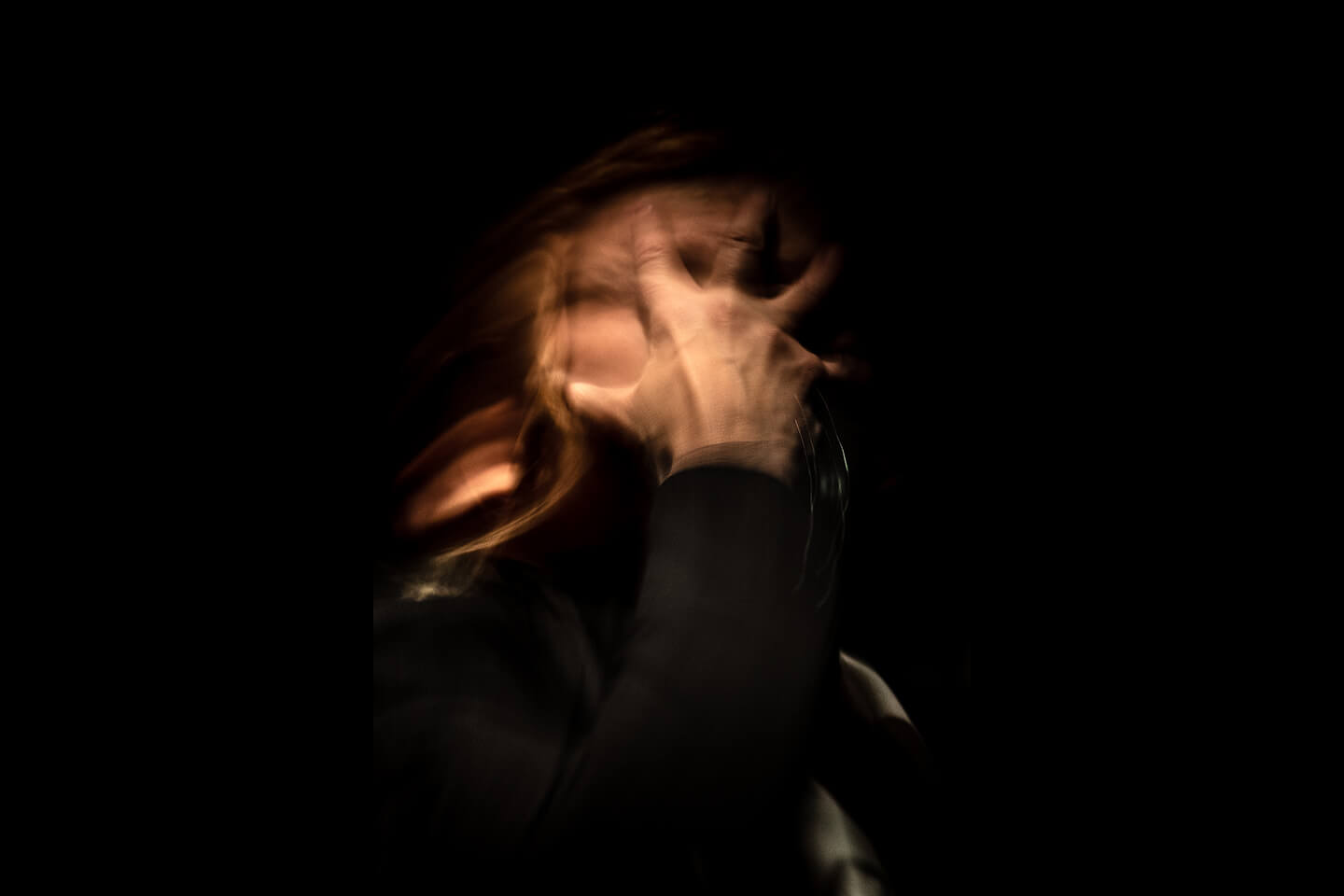 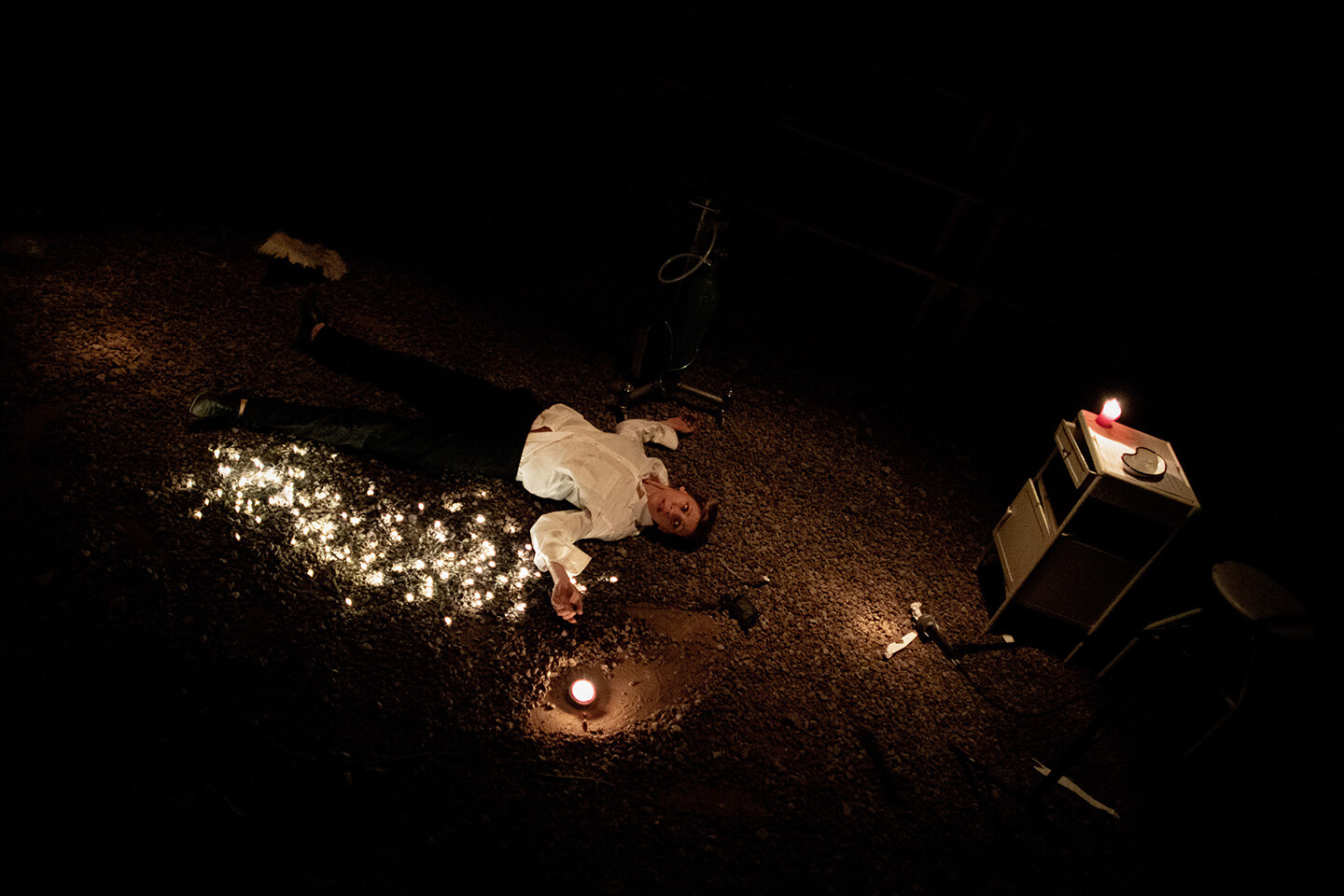 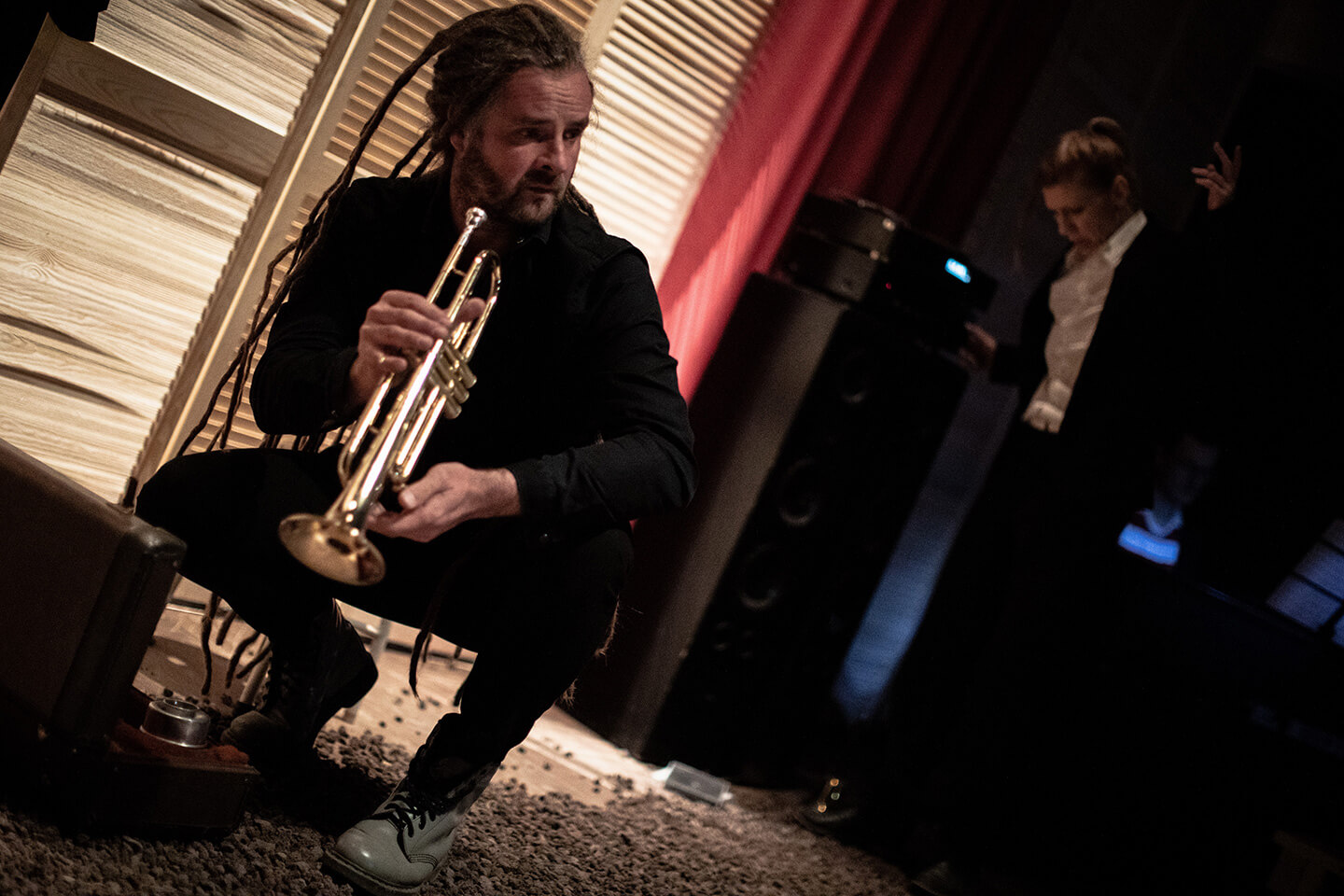 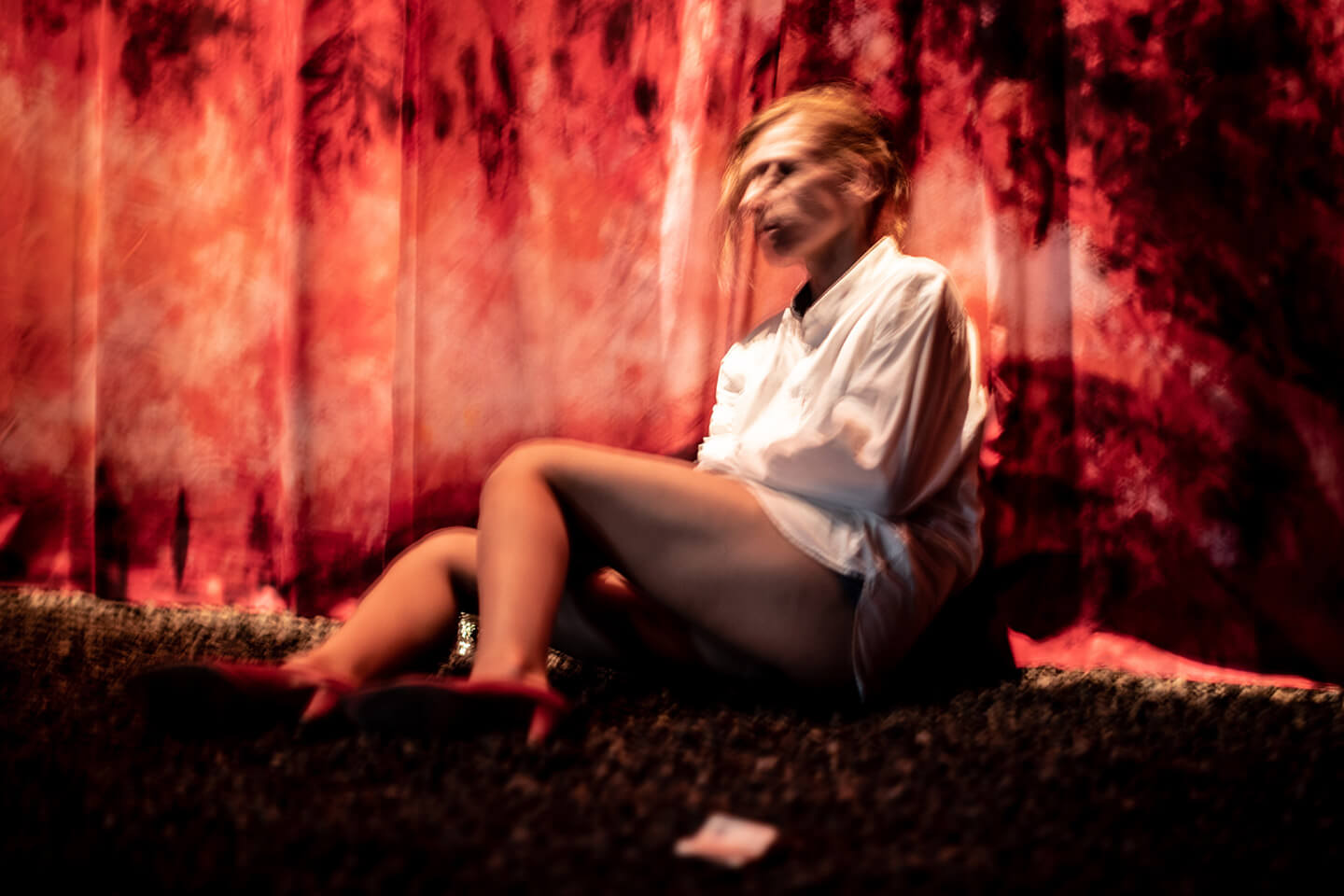 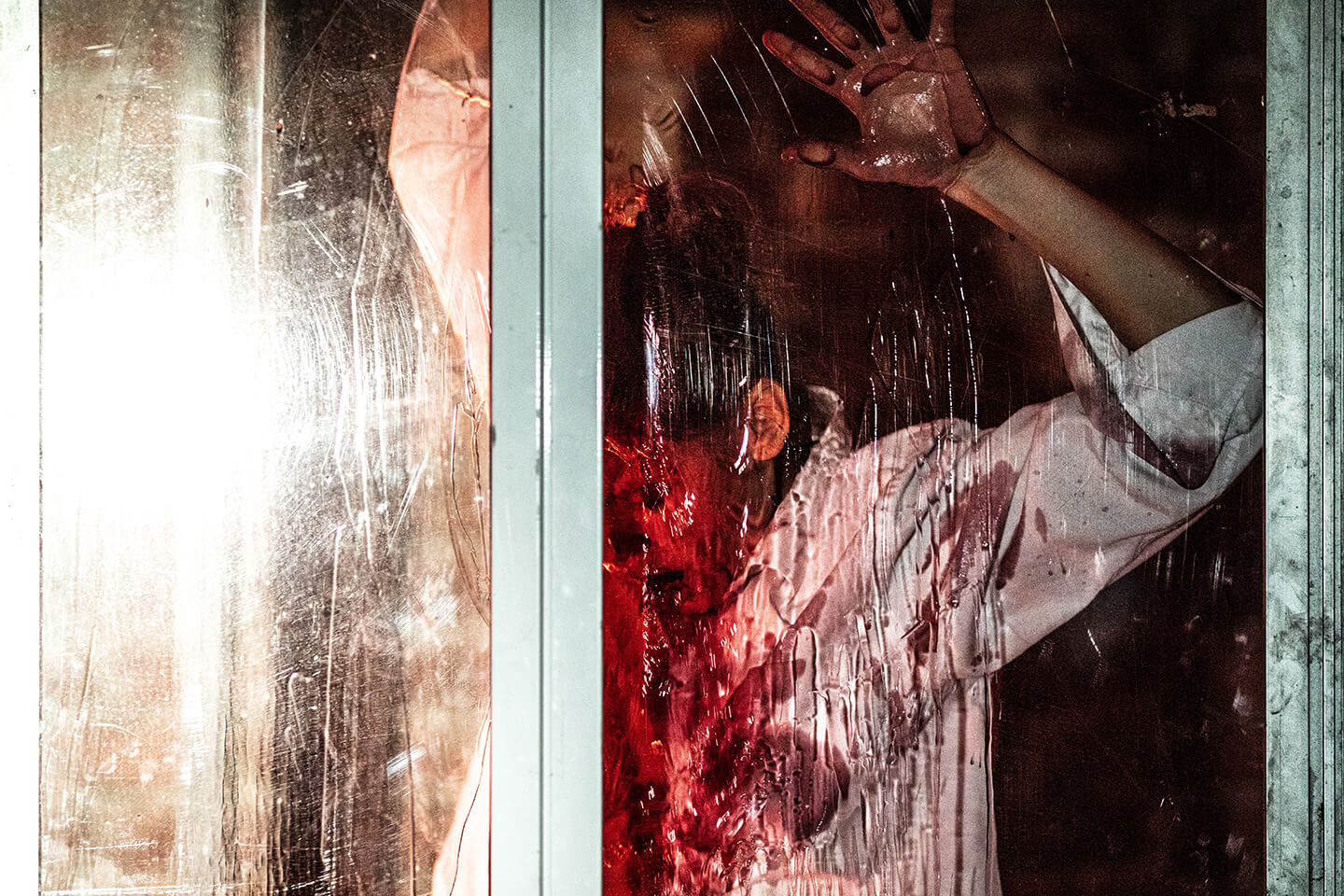 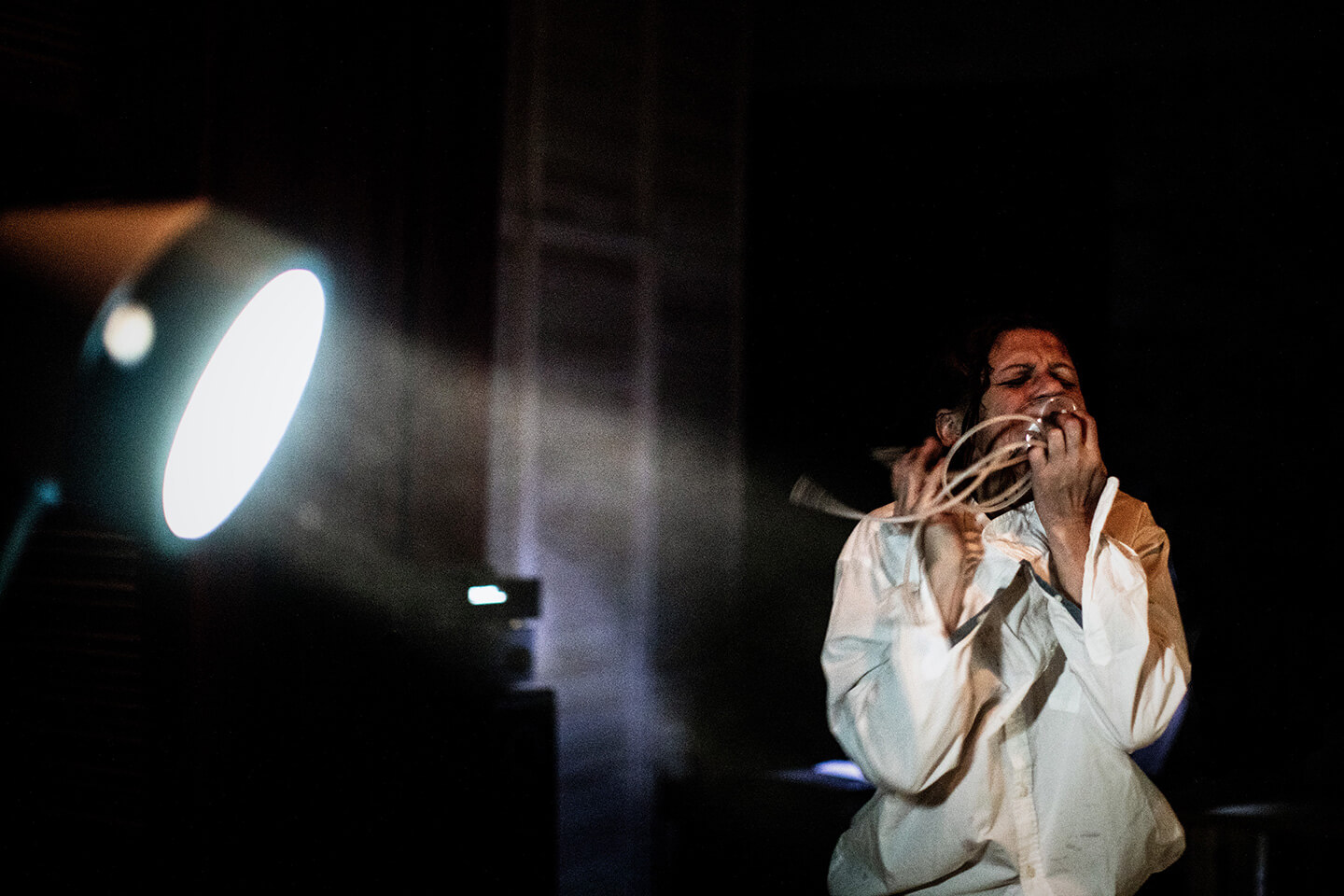 SHEOL / שאול is a theatrical seance and a modern lamentation for the living and the dead, the born and the unborn. It’s a descent on a thin line of breath, voice and sound to the very bottom of silence, which just like the mythical Sheol, covers and closes itself, becoming a veil that no feeling or image can penetrate. The only power that can rescue those descending to Sheol is love. The descending is accompanied by music, or rather its extraordinary density - as if our bodies were ‘only’ a sound, or an instrument and also a path into the deep, without a bottom.

Sheol / שאול is a story about a desire and readiness to live a full, vibrating life that feels like breathing fire.

The Sheol / שאול project was inspired by Henryk Górecki’s Symphony No. 3 - ‘Symphony of Sorrowful Songs.’ It also features Olivier Messiaen’s ‘Quarter for the End of Time’ and Gregorio Allegri’s ‘Miserere’.

The whole performance is dominated by trumpet that’s tracing and crossing the zenith and nadir of the sound to:

Spin love, like a silkworm spins its silky thread,
pour it from the heart, like a source pours water
from the inside,
unroll it like a golden sheet, cast from
a grain of gold; let it inward, like the
underground source, blow it upward, like wind's blowing,
plant it on the Earth, like the wheat is planted,
nurture it, like mother nurtures children.
Thence will first your power be like nature's power,
and then will your power be like the power of the elements,
and then will it be like the power of creation,
and then like people's, after that like angels'
and then – like the power of the Lord of creation.
Adam Mickiewicz, 1839, Lausanne